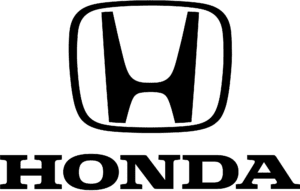 Here is the list of Honda Insight Years and models this supports:

The Honda Insight is a hybrid electric vehicle manufactured by Honda from 1999-2006 and 2009-2014. It was the first production vehicle to feature Honda’s Integrated Motor Assist system. The first-generation Insight was produced from 1999 to 2006 as a three-door hatchback.

Honda’s Insight, billed as the cheapest petrol-electric hybrid on the market, ranked as the top-selling vehicle in Japan for the month of April 2009, the first time a hybrid has clinched that spot.

The Insight was the first mass-produced hybrid automobile sold in the United States, achieving 70 miles per US gallon per its then current United States Environmental Protection Agency (EPA) highway rating.

In 2009, Honda introduced its second-generation Insight based on an all-new, 5-passenger, 5-door, dedicated hybrid platform, which was also later used for the Honda CR-Z.

Total global sales for the first generation Insight were 17,020 units. Honda had originally planned to sell 6,500 Insights each year of production .Honda sold 130,445 Insights worldwide in 2009.

It received the U.S. Environmental Protection Agency’s 2000 Climate Protection Award. The Insight was nominated for the North American Car of the Year award for 2001. The American Automobile Association (AAA) awarded the Honda Insight the Top Commuter Vehicle in 2010.

On February 28, 2014, Honda officially announced it is discontinuing production on the Insight after the 2014 model year (with production ending in the Summer of 2014).