You should trust on a reputed locksmith like Low Rate Locksmith for making extra car key.

Our locksmiths can provide 24×7 emergency services to our customers.

They will come to your spot with blank keys and necessary equipment to make an extra key as well as programming your existing key.

Get a Free Quote

To be safe it is better to have an extra key while programming your key yourself. You can get it made form a locksmith. Being prepared in advance can save lots of you time and money at the time of emergency.

You should trust on a reputed locksmith like Low Rate Locksmith for making extra car key. Our locksmiths can provide 24×7 emergency services to our customers. They will come to your spot with blank keys and necessary equipment to make an extra key as well as programming your existing key.

But if you want to cut your key by code then you will have to tell in advance as it is not an emergency service. Our locksmith will program your present key by using proper key programming tools

These key programming tools can also be used for various other services. They can be used for erasing the present keys from the system, in case you have lost them. It will protect your car, if the lost keys fall in wrong hands.

Our locksmith will arrange the things so that the car transceiver could not receive the signals released by the old transponder chip. 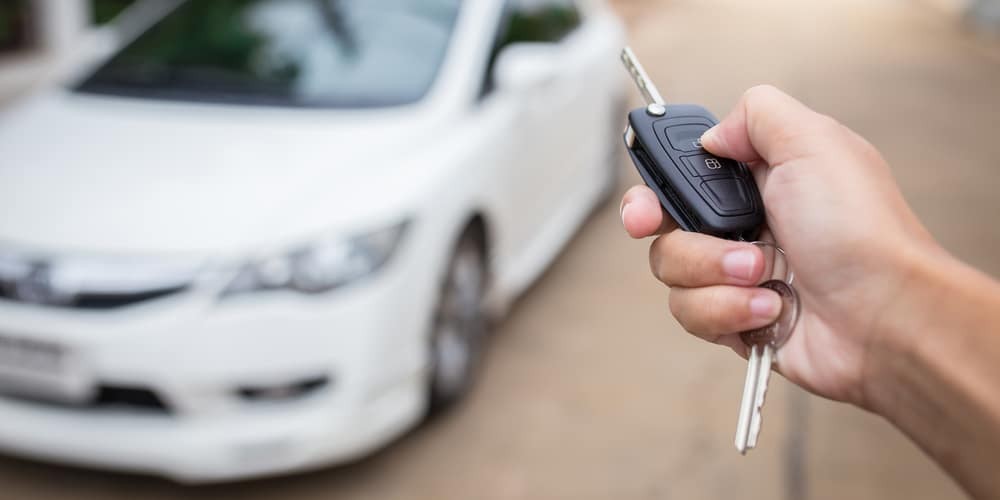 Our Locksmiths will be in your place in 20-30 minutes.

Our Locksmiths have all the right tools, certification, licensing.

Our Company is Locksmith Company In California, Our locksmiths will be in your site in 20-30 minutes from your call or request.

We In Low Rate Locksmith Company serve any city and town in California. Our best locksmith in California waiting for your call.

You should program your transponder keys through your car if you want to use different options. Some cars program their keys themselves. But you must have additional capabilities for this purpose.

In such cases a chip can be programmed without having a working key. Its key has to be cut by code with the help of a reliable locksmith so that the transceiver of the car can accept its signals.

The code it then transferred to a non-programmed and uncut blank key. At this time, they can also erase the existing keys from the system.

Now the technician will access the diagnostic port of your car to access its computerized system, which may take some time. Such waiting time protects form the use of illegal means while using a device.

In some cases the keys of some cars can be programmed only without using the car just by using their existing keys.

But it is not applicable for all cars and keys. The technicians have to do some kind of mechanical manipulations inside the automobile if its transponder key has to be programmed from some other location instead of in the car.

While using any secondary procedure our locksmith will inform you.

If this process is convenient for you then he can also follow it. He will also tell you how to use this service.

In case the presence of the car is necessary for programming the transponder key even then your locksmith can help you.

What is a transponder key?

A car key having transponder chip in it, to provide it additional security, is known as transponder key.

The signals released by the transponder, after identifying its user, are received by the transceiver of the car which will stop the car to start if the signals are incorrect.

A electrical device key uses 2 key systems in conjunction with each other. 1st of all, you’ll have the normal key, which can be either a slider or wafer key. This key works even as the other key would. it’s absolutely inserted into the locks and turned. The operation is that the same for the doors, trunk, and ignition. The second system that comes into play is that the electrical device chip.

The word electrical device may be a portmanteau of transmitter and communicator. it’s associate degree electronic chip with a non-volatile memory. This keeps the programming on the chip from being erased once power is aloof from the device. once the secret is turned within the ignition cylinder, the automotive releases a little electronic field which supplies the chip power. With this energy, the electrical device chip sends a message to the transceiver within the automotive.

This type of security is supposed to disable mechanical system associate degreed/or the starter of your vehicle if an unprogrammed or misprogrammed secret is used. the gap that the electrical device chip is from the transceiver varies. In some cars, it’s the precise distance from the ring to the bow of the key once the secret is absolutely inserted. this could even be as inaccurate as simply within the front 2 seats of the automotive.

If you lose a electrical device key, then you’ll would like a brand new one that has not been programmed. Your automotive key replacement has to embrace a key that has been cut befittingly and a chip that has been programmed properly. All of this could be accomplished at your convenience by our motorcar locksmiths.

Do I need to program my transponder key?

Though, it is not essential to program transponder key for every car as some old cars without any electronic part can be run with standard keys but if you want to use it in the ignition of your latest car then you will have to program it.

You need not program your transponder key if you want to use it only for opening the trunk and doors of the car instead of starting it. You can ensure the security of your car without programming its key, if it has a transceiver.

How do I know if I have a transponder key?

Your local locksmith can help you in buying another key you want but you should be aware of secondhand keys while buying on your own. Mostly of the secondhand keys are already programmed so they cannot be cut or programmed again to use in another car.

In this way, a transponder chip cannot be used for any other car. Moreover the key should be properly shaped to fit into the keyway of the car. If you want to make another key then you can trust on the locksmiths of Low Rate Locksmith as they can help you on every step while programming your car key.

Do I need to purchase a new key?

If the part of the car key that you hold to turn the key in the ignition is covered with a rubber or plastic shell then it can be a transponder key with a chip inside it. You can view the chip by removing the cover. But you should be careful as any damage or scratch on it can make it unusable for your ignition.

You can also check whether your car can be started with only a metal key by using a copied key. An automotive locksmith can help you to check whether you car needs a transponder key or not. Then you can program your car key to use all of its functions.

How long does it take for transponder key programming?

Does programming include a key cutting service?

No, both are separate services but our professionals can provide both. The key should be cut properly to fit in the car keyway to start it. The user cannot be identified only with the transponder chip. It also needs a properly cut and programmed key for this purpose.

Can I program my transponder chip myself?

You can, depending on the type of your car. It can be tricky to program your own key as every car has its own process to program its key.

If you want program your key yourself then you will need correct information about your car to get proper supplies otherwise it can be waste of money and time. You should call locksmith for this purpose.

We have a commitment to every customer to offer top-quality lock-out services 24/7 including both weekends and holidays. Your locksmith needs are top priority for us. Our customers deserve the very best!! At 24/7.

You never know when you will be locked out of your automobile, locked out of your home, or if you will have an emergency locksmith issue. Call 24/7 Low Rate Locksmiths and we will send a highly-trained lock repair technician right away!! We look forward to meeting your needs today!!

We have dispatchers and mobile locksmiths ready 24/7 to help you quickly if you are locked out of your vehicle, home, or business. If you have lost your car key , we can help you in under 30 minutes. Our mobile locksmiths are always on-call 24/7 ,365 days a year.